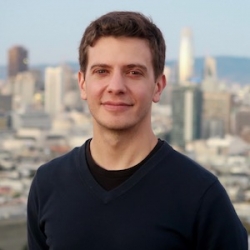 The music of composer Michael Gilbertson have been described as “elegant” and “particularly beautiful” by The New York Times; “vivid, tightly woven” and “delectably subtle” by the Baltimore Sun; “genuinely moving” by the Washington Post and “a compelling fusion of new and ancient” by the Philadelphia Inquirer. Gilbertson was one of three finalists for the 2018 Pulitzer Prize in Music, losing to rapper Kendrick Lamar.