Most scholarships are awarded upon entry to the program and most are renewable for multiple semesters, subject to satisfactory academic performance and the terms of the award letter.

William Corbett-Jones is a celebrated pianist located in the San Francisco Bay Area. A distinguished artist/professor at San Francisco State University, Corbett-Jones has performed throughout the United States, Canada, Mexico, Europe, Africa, Australia and Asia as soloist with orchestra, recitalist and in collaboration with internationally renowned colleagues. This scholarship is aimed at providing financial assistance to talented and deserving piano students at SF State.

Criteria: Student may be either a full- or part-time undergraduate student (Graduate students are not eligible to apply). Student must compete in the William Corbett Jones Piano Competition.

Selection: The piano competition panel will include faculty members and one non-faculty piano professional with all members determining the recipient independently.

Each year the Award is presented to an outstanding piano student at San Francisco State University in memory of Michael Seagrove Avalos, who earned his Bachelor of Music and Master of Music degrees in piano performance at SFSU. Because of Michael's special love for Hispanic music, the winner of this award includes music by a Hispanic composer both in the competition for the award and in the award recital. The Competition is held in the Fall Semester of odd-numbered years (2021, 2023, etc.)

Criteria: Student may be a full-time undergraduate or graduate student. Student must compete in the Michael Avalos Piano Competition. One of the pieces performed must be by an Hispanic composer.

Selection: The piano competition panel may include faculty members and one non-faculty piano professional.

Paul Andrieu Memorial Scholarship, given by the Ross McKee Foundation - Award up to $2,000 & Recital

In memory of Paul Andrieu, this annual scholarship is awarded to a Junior to help fund the senior year in preparing for a career in piano performance or piano education. The Scholarship is furnished by the Ross McKee Foundation. The Foundation has its beginnings in the Music and Arts Institute of San Francisco founded by Ross McKee. Upon Mr. McKee’s death, the Institute closed and the property was sold. From the sale of the property, The Ross McKee Foundation for the Musical Arts was created to continue Mr. McKee’s legacy of supporting young Bay Area Musicians.

Criteria: Student may be a full-time undergraduate junior student (accrued between 60-90 units by the time of the hearing). Graduate students are not eligible to apply. Student must compete in the Paul Andrieu Piano Competition.

Selection: The piano competition panel may include faculty members and one non-faculty piano professional.

The Carla “Carol” Ferrando Memorial Endowed Scholarship is awarded to promising piano students pursuing their education at San Francisco State University. Blind at birth, Carol Ferrando began piano lesson at the SF Conservatory of Music at the age of six. Carol later studied at San Francisco State University where she earned both her Bachelor and Master's degree in Music. After her studies Carol often performed throughout the Bay Area. She also opened her own music studio where she taught until her death in 2011.

Criteria: Student may be either a full- or part-time undergraduate or graduate piano major in School of Music. Student must compete in the Carla Ferrando Piano Competition.

Term: All scholarships awarded hereunder shall be for one (1) year, but may be renewed upon meeting criteria and eligibility.

Eligibility: Student must meet the annual GPA School of Music requirement (3.0). Applicants must self-describe financial need in a maximum one page statement.

To assist students majoring in piano studies at San Francisco State University by defraying educational costs, enhancing access to studio music lessons, and funding top priority needs for the School of Music’s piano students. In addition to the scholarship award itself, recipient(s) of Bev's POTL Pianist Scholarship may be invited to give and/or be featured in a recital/concert.

Criteria: Student may be either a full- or part-time undergraduate or graduate piano major in School of Music and a U.S. Citizen or permanent resident. Student must compete in the Bev POTL Piano Competition.

Term: All scholarships awarded hereunder shall be for one (1) year, but may be renewed upon meeting criteria and eligibility.

The Award is made to outstanding undergraduate music major at the end of their junior year. The student is selected by the music faculty guided solely by consideration of merit.

Eligibility: All rising Juniors are automatically considered for this scholarship.

The Wendell Otey Award, Excellence in Undergraduate Writing in Music

Rules: Submit one paper, written by you for an undergraduate music class at SF State during the current academic year Papers may be submitted by student or faculty (Must be a student paper) 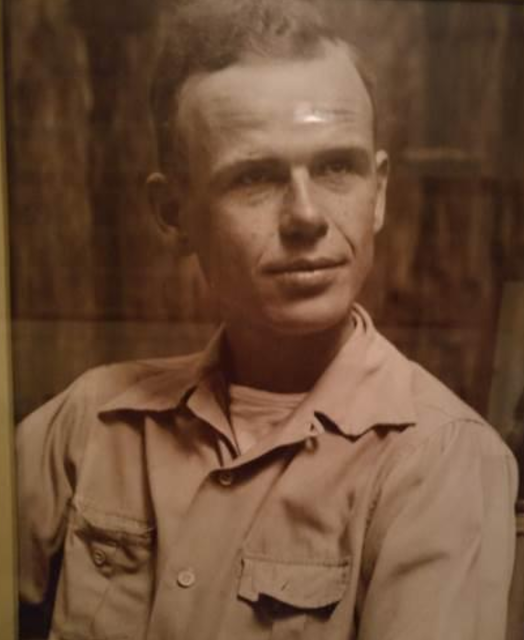 Mr. Milton Preves (pronounced PREEves) who served as Principal Violist in the Chicago Symphony Orchestra for 52 years under seven CSO music directors and countless guest conductors, died Sunday, June 11, 2000. The longtime Glenview, Illinois resident was a fixture in local music circles and an educator who held professorships at DePaul and Northwestern Universities. He had a home studio where he taught as many as 30 private students a week, and he conducted a number of amateur orchestras during his career. He genially accepted his colleagues' cracks about his longevity, and he happily recounted for them what it was like to be directed by Arturo Toscanini, Sergei Rachmaninoff and Igor Stravinsky. Mr. Preves' sound and precision impressed even the gruff and demanding Reiner, while Solti, writing in his 1997 "Memoirs," said he was struck not just by Mr. Preves' playing, but by his leadership skills.

"Many of the players were not only outstanding musicians, but also outstanding leaders," Solti wrote of his first impressions. He singled out Mr. Preves: "Milton Preves led the viola section as a benevolent dictator." The comment spoke volumes about Mr. Preves' reputation as a section leader. Though he ably performed more than two dozen times as a soloist with the CSO--an impressive number, even considering his long tenure--it was his leadership abilities that most distinguished him.

He smoothly communicated phrasings, bowings and dynamics, and he seamlessly interpreted the musical desires of a multitude of conductors. He was renowned for his communication with other section leaders, said his son, David. In performances, Mr. Preves' eyes moved as much as his bow, darting from conductor to music to other section leaders; in CSO recordings, especially under Reiner, one can hear his 1723 Montagnana singing out above the entire viola section.

Criteria: (1) Full-time student enrolled at San Francisco State University; (2) Accepted by audition for applied study in viola; (3) Must be in the first year of graduate study or in the junior or senior year of undergraduate study; (4) If no candidates are eligible or acceptable in viola, candidates may be considered in cello

Eligibility: All rising Juniors, Seniors, as well as auditioning violists and cellists are automatically considered for this scholarship.

Term: All scholarships awarded hereunder shall be for one (1) academic year, but may be renewed upon meeting the listed criteria and eligibility for no more than one (1) consecutive year upon the recommendation of the viola or cello major professor. Must maintain good academic standing with consistent progress toward graduation.

Works for instrument/voice and orchestra. Competition dates announced after Sept 1 each year. Competition auditions are in October/November. Please consult with the faculty teaching MUS 371 (Orchestra) before selecting your work.

The SFSU Shirley Walker Award for excellence in Music for Visual Media is a certificate of achievement presented each year to a deserving student who shows exceptional promise in the art and craft of composing for film, games and other forms of visual media.

Award: Certificate of Merit only. Not a scholarship

Criteria: The award is given based on the student’s creative body of work produced while studying at SFSU and serves to highlight exceptional work and dedication to the art and craft of composing music for film, games and other forms of visual media. In tribute to Ms. Walker, as a pioneer of diversity in the field of scoring for visual media, this award seeks especially to highlight the work of students who identify as Black; Indigenous; Persons of Color; Women.

Eligibility:  Students who are seniors (completed at least 90 undergrad or 20 graduate units and have applied for graduation), enrolled in the BA BM or MA degrees and part of the SFSU composition studio are automatically nominated for consideration by a faculty panel. Students do not apply for this certificate of achievement.

Selection: The award selection panel will include SFSU composition faculty in consultation with the student's private instructors and music department chair. All members determine the recipient independently.

Shirley Anne Walker (née Rogers; April 10, 1945 – November 30, 2006) was a SFSU alumnus and American film and television composer and conductor. She was, in her day, one of the few female film score composers working in Hollywood. In 1994, Walker was one of the first female composers to earn a solo score credit on a major Hollywood motion picture and according to the Los Angeles Times, will be remembered as a pioneer for women in the film industry.

Walker was born in Napa, California on April 10, 1945. She was a piano soloist with the San Francisco Symphony during high school, and later attended San Francisco State University on a piano scholarship. She studied music composition under Roger Nixon and piano studies with Harald Logan. She wrote her film scores entirely by hand. She always orchestrated and conducted her own scores by herself.

The ASCAP Shirley Walker Award was created in her honor in 2014.